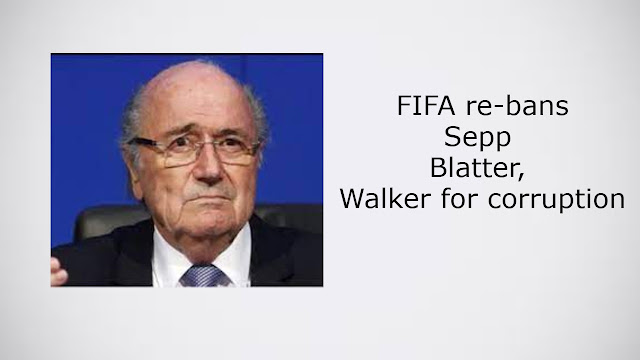 The statement said that investigators had found various allegations against Sepp Blatter, including allegations that FIFA officials paid bonuses in connection with FIFA competitions, various amendments and job extensions, and that Walker’s personal lawsuit was paid by FIFA. The ruling states that Blatter violated various provisions of FIFA law, including loyalty, conflict of interest, offering and receiving gifts.

Former FIFA Secretary General Walke was found guilty of violating other provisions, including fidelity, conflict of interest, offering and receiving gifts, and abuse of power. Both former high-ranking officials were told of the punishment. There will be penalties under the 2018 edition of Article 11 and others, and as a result, both Sepp Blatter and Walker will be banned from playing football at the national and international levels for 6 years and 8 years.

FIFA said the two former top officials had also been fined one million Swiss francs. The statement said that the verdict against Sepp Blatter and Walker had been published by FIFA, while the previous sentences imposed on both 2015 and 2016 The war was in effect until October 8, 2021 and October 8, 2025, respectively, and the new sanctions will take effect after the end of these sentences.