To have an ever more plump mouth. Yes, but at what price ? That’s the question specialists ask themselves when they watch TikTok videos where users apply cinnamon oil to their mouths … 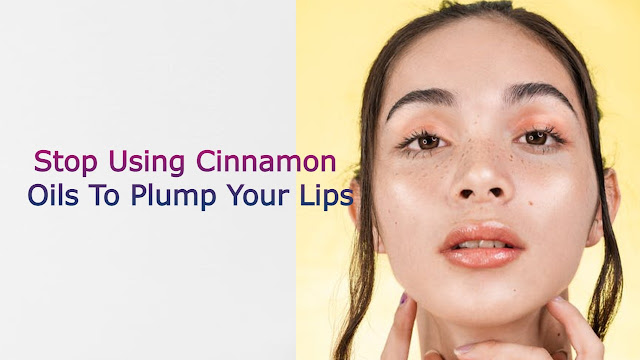 TikTok has struck again! While doctors are already tearing their hair out at the sight of these users who perform homemade hyaluronic acid injections without any health precautions, today it is a whole new scourge that is befalling the social network: application of gloss enriched with pure cinnamon oil.

The idea? Plump her mouth and get ever more plump lips. And while it all sounds pleasant and perfectly harmless at first glance, in reality it can be irritating to the skin in the long run. As dermatologist Dendy Engelman explains to Teen Vogue magazine,

“Yes, cinnamon is an effective way to plump lips in the short term by pumping blood to them. But in fact, this ingredient irritates the skin ”.

The amazing part is that even if they don’t look like it, most plumping lip glosses are formulated with ingredients derived from chili peppers, which are particularly irritating to the skin, according to the expert.

Short term use? Yes, but…

According to Dendy Engelman, the skin reaction inherent to the use of cinnamon oil is not permanent:

“The reaction, in general, is irritation of the skin, but it shouldn’t have a damaging effect in the short term unless you are allergic to cinnamon, then it can cause allergic contact dermatitis. “

How to check if you are allergic? Well, it’s simple, just apply the mixture directly to the inner part of the arm and wait a few hours to see if any irritation, rash, or redness appears.

Even if you are not allergic to cinnamon, this solution should be occasional, as in the long term it can be unbalancing for the thin skin of the lips.

But let’s be honest, who would really have the strength to stop a product that delivers voluminous lips in no time? No one ? That’s what we said to ourselves … So maybe it’s better never to start or to turn to safer solutions.

A certified organic, natural and made in France skincare routine?