The Prime Minister is suffering from corona 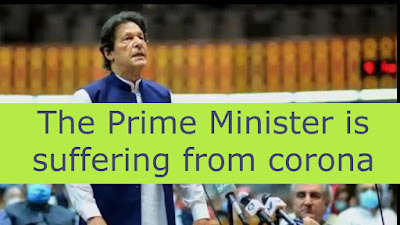 After Prime Minister Imran Khan contracted the global corona virus, it was decided to test all those who came in contact with him. According to details, all the staff posted at the Prime Minister’s House and Imran Khan’s Bani Gala residence will undergo corona test while Azam Khan, Principal Secretary to PM Imran Khan and Military Secretary besides Chief Minister Khyber Pakhtunkhwa Mehmood Khan and Federal Minister Murad It has been decided to test Saeed for corona, as well as other federal ministers, special assistants and all other important personalities.

In this regard, Federal Minister for Planning Asad Umar has said that those who are in touch with Prime Minister Imran Khan will also have corona test, because this virus spreads more easily. Happens, so people who have been in contact for 2 to 3 days are tested.

It is to be mentioned that the third wave of Corona also engulfed the head of the country and Prime Minister Imran Khan fell victim to Corona. The Prime Minister had vaccinated Corona two days ago. Special Health Assistant Dr Faisal Sultan confirmed that Imran Khan was Corona.

However, after being infected with the corona virus, Prime Minister Imran Khan will take care of government affairs from home. Prime Minister Imran Khan has decided that despite being infected with the corona virus, he will not go on vacation In the meantime, he will conduct all government affairs from home while attending all meetings through video link.

How Can You Choose the Best Plan for Your Car?