Adeed was as wise and intelligent as he was evil. He was very skilled in art and craft. Even children and adults were afraid to face him.

Adeed was as wise and intelligent as he was evil and his mind was very good. He was very skilled in art and craft. Even children and adults were afraid to face him. The people of the neighborhood used to call him the father of the devil. 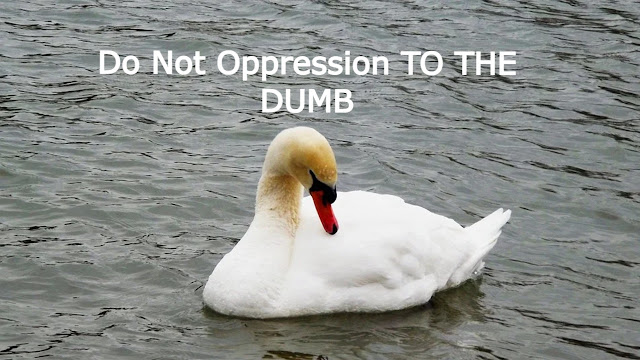 When Adeed got tired of teasing children and adults, he would go out to a garden with a slingshot and enjoy playing with small mini-birds. He would see the nest of any bird until he broke it and threw it down. He doesn’t know China.

If a bird or a pigeon made a nest in the house, the poor would suffer. His mother and grandfather used to make fun of him, but he still did not stop his actions. All the people in the neighborhood were tired of him. His grandfather raised chickens on the land. But I used to annoy them a lot.

The next day, one or the other hen would disappear. He would steal the hen from the family and slaughter it along with his cousins ​​Hassan, Zaman and brother Arsalan and take it to a nearby hotel and make a frying pan and eat it.

His mother Inayat Bibi had raised chickens with great enthusiasm.

They would eat their eggs at home and sell them in the rest of the village, which would fetch a good amount of money, but now the chickens began to dwindle day by day and all these deeds would be done. If any unfortunate donkey or donkey got into the hands of Eid So, their return would have been so bad that they would have lifted the sky on their heads.

Adeed Mian thought that Allah Mian had created the mute animals so that they could be beaten as they wished and their heart could be made happy. One day when Aidid came home from tuition school he was lazy. He began to think how to entertain.

He was so annoyed with the little birds that he was thinking of a bigger animal.

Adeed fell asleep thinking. He saw in a dream that he had reached a field. In front of him a donkey was grazing like a merry-go-round. Seeing the donkey, Adeed got up and said, “Today it is his turn. I wash him like this. ۔

Adeed secretly went to the donkey and grabbed his neck and tied his mouth tightly with a rope. The helpless donkey was so weak and thin that he stood silently making his daggat. After tying his mouth, Adeed jumped up and climbed on his back. He went and started washing and pulled the rope and wrapped it tightly over the cross and then said yes son! I am having a lot of fun. Now I have been longing for a ride for a long time.

The donkey saw that if he did not make a living, he would start walking as slowly as he had the courage to do, but Adeed found out that his slow move was very bad. He pulled the rope hard and kicked it and said, “I am! Just show me the trick! ”Yes, in such a fast and fast, I feel hot. If not, then I will accept it. Saying this, Adeed came down and broke a thick stick from the tree and started beating him. He ran as fast as he could, his legs were limping.

Adeed was doing double cruelty to him and he did not feel any pity on the donkey. His back was injured. He was bubbling with pain. Adeed was sitting on the injured back. The donkey started screaming in pain. What is happening? It is reasonable to stay. If he does not make a bat while beating, then my name is not Uday. Saying this, put ten or fifteen eggs on his face, but the donkey did not touch him.

Her tears were flowing and her body was trembling. Once she looked at Adeed as if she had been! What a stony heart! Where is the humanity to kill the dying? For God’s sake, have mercy on me and leave me. He did not know the meaning of mercy, but he was very angry and killed the donkey and spoiled its appearance.

The donkey turned his head and looked at him and said, “You are not in the donkey.”

Seeing the donkey talking, Adeed lost his temper. To this day, he has never seen an animal talk like this. He came down in panic and said lightly, “So, you can talk.” The donkey nodded softly and said what should I do then? I had to speak.

I can’t walk like an old weak animal. The owner has kicked me out of the house and now instead of taking pity on me, you are oppressing me. I wish you were an animal like me, then you would know that we are speechless. I am also alive and we also feel pain in the same way as a human being.

Suddenly Tassaduq Ali alias Sadr was running from the front holding a big stick and when the President reached Ain Adeed he hit him with five or six sticks and hit him in the face with four sticks and said angrily! He hid and then broke the rope and ran away. Your father will take the vessel to Muradpa and who will bring fodder from the lands? ”Then I will go home and repair you in such a way that you will remember it for the rest of your life! I don’t know that this evil potter said that his uncle Afzal patted the police officer in the back and said, “Your incompetent dare to raise your hand against me and tell your uncle to hand you over.”

Shameless, you have considered me a donkey to take the pots to the market and load the fodder for the cattle? The truthful President Kumar showed red eyes and hit Adeed hard with a stick! Now I am more on you than before. I will put the burden.

President Kumar kept hitting him on the back with sticks and beating his paws. The tail and back of Adeed became bloody. Adeed started fainting and started dancing with the star in front of his eyes. He started screaming and crying.

O God, have I really become a donkey? What has happened? Shook himself in such a way that all the utensils fell down and became greasy.

After the pot fell, he started running wildly. He was running away. Sir Pat was blindly walking behind him. Turning quickly towards his house, he hit his head hard on the electric pole and he got up in a hurry. His mother Inayat Bibi was standing next to him, she was saying.

He got up and came out of the room. His cousin Hassan was running after the hen for the stick. Seeing this scene, Adeed immediately scolded Hassan and said, “What are you doing? I am not ashamed. I am harassing the dumb.” What if I bother you like this? From that day onwards, Adeed Mian was very compassionate and God-fearing. He never bothered any animal. Did he apologize to Allah Almighty and repent for the future? Now he took great care of birds and animals. Everyone was amazed at how the habit of Eid had changed. Did they know that all this was a miracle of the President’s staff?

the cask of amontillado,

the snows of kilimanjaro,