Go and tell them I am not at home. I have more gold. He changed his mind saying this. But Papa John, you are at home and do what I have told you. He came and said that Uncle Papa John is not at home

It was eight o’clock in the morning when there was a knock on the door of a house. An eight or nine year old boy leaped out. He opened the door and found his father’s friend Adnan in front of him. He said: Son! Sending them is a must. 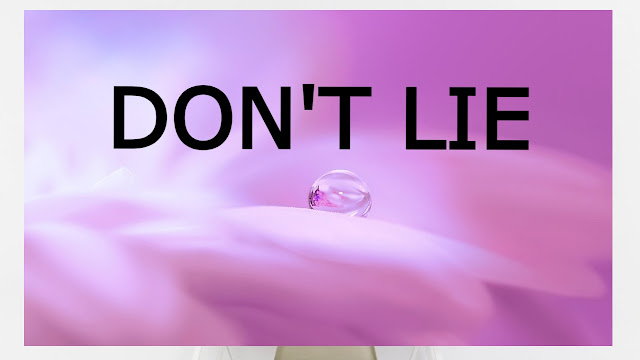 The boy returned home and went to his father John’s room and said, “Papa John! Papa John! Your friend Uncle Adnan has come out.”

After a few voices, he heard Adnan’s name and said: Go and tell him I am not at home. I have more gold and he changed his mind.

But Papa John, you are at home and do what I have said. He said angrily: Assad was forced to come to the door and said Uncle Papa John is not at home.

Adnan went back but Asad was upset all day that his father had lied and forced him to lie too.

He went to his grandfather Abu and said, “Grandpa Abu, this incident has happened today. Papa John has lied and encouraged me to sleep only ․․․․․ !!!”

Grandfather Abu said, “Son, it is bad. Your father should have thought that we are Muslims. Our beloved Prophet (peace be upon him) not only forbade us to lie, but also sent a curse. The British are better than us who lie.” Do not speak while we are Muslims day and night

Grandfather John English are Christians. Is it forbidden for them to lie? Son, they are also the People of the Book. Allah has strictly forbidden everyone to lie.

Good son, I will tell everyone at night how much the British hate lies.

At night, everyone was sitting at the dining table. After the meal, everyone was waiting to see what would happen to Assad’s grandfather Abu. A student from Pakistan went to the UK to study in a house as a paymaster. Wait, Grandpa Abu, what does this mean? Omar asked.

He stayed in such a house. He had a wife and a child of six or seven years. It had been a few months since he had lived there. One day the couple had to go somewhere from work. They asked the student if he was out of work. Go? He said no, I have no work outside.

Shall we leave our child with you? He agreed.

Because the cute baby was very familiar with it. They both lived together. After a while he went to the kitchen to play. He was reading his mind when suddenly something broke and at the same time the baby screamed. He hurried to the kitchen and saw that the glass of drinking water was broken around the child and water was flowing while the child was standing on one side.

He reassured the child, “Don’t worry, when your mother comes back I will tell her that the glass is broken by me.”

That evening the boy came to the student. He was very depressed. He looked down and said, “Uncle, I have told my uncle the truth that the glass has been broken by me. I did not like you to take my mistake on your head.” Bigger than that, I didn’t like lying.

The next morning he was preparing to go to the student university. There was a knock on the door of his room. He opened the door. His child’s mama was standing in front of him. He said good morning first and said very politely. He was considered a noble and noble man, but you have tarnished your reputation by inciting our child to lie.

To this day, we have not lied to our child or encouraged him to lie. Therefore, we cannot keep you with us. Please arrange your accommodation within 24 hours.

After that, everyone saw that Assad’s father had bowed his head. He said, “Brother, I will not lie again.”

I was feeling sleepy and unwell. Assad’s grandfather Abu said, “Son, we should all be accountable, be it a customer or a shopkeeper or a servant, a company worker or a school owner or a teacher. I lie many times and take it for granted or to fool someone;

All children are asked not to lie.

the cask of amontillado,

the snows of kilimanjaro,

See also  Do Not Oppression TO THE DUMB
Previous Post

THE MATTER WILL BE DISCUSSED TOMORROW