HOW TO BECOME A U.S. CITIZEN

HOW TO BECOME A U.S. CITIZEN

The American dream is on the minds of many people. Thousands of people try to obtain US citizenship every year. But how does it work ?

For foreigners, there are several ways to become a U.S. citizen after birth. This is called naturalization. You should : 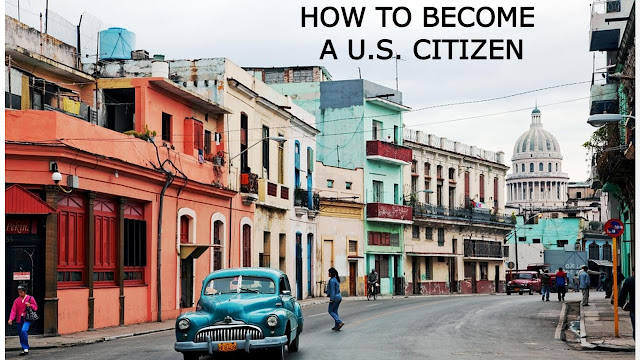 Be at least 18 years old, without exception

Have held a green card for at least 5 years to complete the naturalization application (form N-400). For this request, you will have to pay $ 595 (plus a biometric fee of $ 85, so a total of $ 680). During these 5 years, you must have been physically present in the United States for at least 30 months! You cannot leave the country for more than a year. If you stay abroad for more than 6 months, then you will need to prove that you have not left the country.

There are three ways to become a U.S. citizen after age 18:

1) Have been a permanent resident of the United States (have a green card) for more than 5 years (see conditions above).

He or she must have been American for at least 3 years.

You must have had a green card for at least 3 years at the time of your request (form N-400).

Have been married during these 3 years.

You and your spouse must be over 18 years old.

You must have lived in a US state for at least 3 months.

3) Enter the army, under certain conditions:

Be at least 18 years old

Have served the United States Army for at least a year. If you are no longer in the military, have been honorably released.

Have lived in the United States for at least 5 years, and have been physically present for at least 30 months in the 5 years preceding the date of application for naturalization, unless the application was made while you were in service or within 6 months after release.

If you are qualified for options 2 and 3, be sure to attach all of the documents listed here.

What should I expect during the naturalization process?

Prepare for the request. Complete the eligibility sheet and obtain the naturalization application form.

Fill out the application correctly, and have two passport photos taken. Do not forget the necessary documents, and send them together with the request, photos and the amount of the costs (DO NOT SEND CASH) to the Lockbox Facility or to the corresponding Service Center. It is recommended that you keep a copy of all documents sent.

See also  How do I adjust my scanner?

Your fingerprints will be taken, and USCIS will give you an interview date.

Don’t forget your documents for the interview. For the civic exam, you must have 6 correct answers out of the 10 questions which have been selected from among 100 possible questions. The English exam is in three parts: reading, writing and speaking. Your level of oral English will be assessed during the interview for the N-400 form. For reading and writing, you will have to read / write one of the three sentences offered. This test will assess your level of English and your knowledge of US history. If you fail this exam, you can retake it once 60 to 90 days later. You will only be asked about the parts you missed.

Once all these steps have been completed, you will receive your naturalization certificate!

If you meet certain conditions, you can become a U.S. citizen at birth or before you turn 18.

To become a U.S. citizen at birth, you must:

Be born in the United States, or on American territory, OR

Be born abroad to American parents at the time of your birth (your parents must be eligible).

See also  HOW TO GET A FREE SCHOLARSHIP FOR THE USA?

You will also need to use your US passport to travel abroad.

Commonly Asked Questions About (How To Be An American Citizen)

Commonly Asked Questions About (How To Be An American Citizen)