Stanford University, officially Leland Stanford Junior University, is a private research university in Stanford, California. Stanford was founded in 1885 by Leland and Jane Stanford in memory of their only child, Leland Stanford Jr., who had died of typhoid fever at age 15 the previous year.

Stanford University in the heart of Silicon Valley 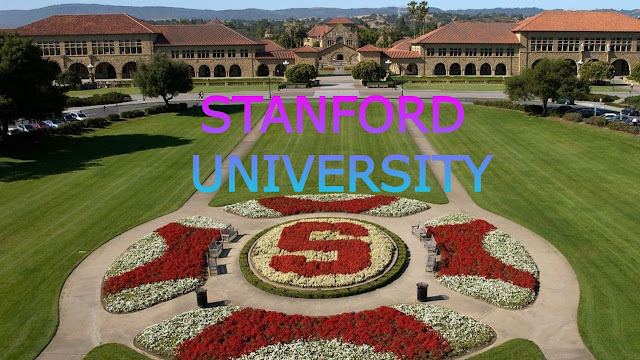 Visit this world-class campus for its architecture, art and athletes

You will almost feel intelligence floating in the air of this elegant red brick and sandstone campus. Stanford has been the university of 22 (still living) Nobel Prize winners, 5 Pulitzer Prize winners and 3 Presidential Medal of Freedom recipients. Not bad for a place nicknamed “The Farm”. Fortunately, ordinary people can cycle around this large, almost entirely flat campus and discover the wonders of Stanford. Start with a visit to the Hoover Tower. On a clear day, from the observation deck on the 14th floor, the view stretches for miles around.

Then go and enjoy the exquisite mosaics in the front of Memorial Church. A very popular place for alumni for weddings. Discover the 20 bronze statues of Rodin, all original, in the sculpture garden located outside the Cantor Arts Center. More than 170 other works by Rodin are scattered inside, alongside other international artistic treasures. Try to catch a performance at the Bing Concert Hall, a true masterpiece located north of campus and costing a whopping $ 111.9 million. These academic scholars also excel in sports. Stanford has exceptional college teams in football, baseball, basketball, swimming, diving, water polo, and more. Do you know where his nickname comes from? From the ranch of its founder, Leland Stanford. This red farmhouse, an impressive Victorian structure restored to its late 1800s, is nestled in the hills to the west of campus, just north of the campus golf course. As for the golf course? This is where the promising student named Tiger.

welcome to the intellectual and technological hub of California. Bordering the south side of the San Francisco Bay, the communities that make up Silicon Valley are home to the heart and spirit of computer technology, including silicon chips, computer design, Apple and its applications, smartphones … Finally , everything related to technology. Some companies are so big and influential that their names are an integral part of our vocabulary today (if you don’t believe it, google it!). Discover this region of innovation on foot or by bike. Visit a glittering museum of futuristic technology. The blessings of the region’s booming economy offer plenty of shows, luxury boutiques and Michelin-starred restaurants that you would be wrong not to take advantage of.

Among the many universities in Silicon Valley (Santa Clara, Benkeley, San José State University…). He has one ahead of them all. Its full name Leland Stanford Junior University, it is the California Valley campus, Stanford University. Before moving on to a few figures on this extraordinary university. Let’s go back to its history.

Some figures on Stanford.

Now let’s take a look at Stanford University in some numbers. For this year, there are 16,437 students across campus. Although it is one of the most selective universities, with only 5% of admissions. Which makes it the most selective university in the United States. This level of requirement often ranks it among the best universities in the world. According to the Shanghai ranking, it would be the second best university in the world behind Harward.

Tuition fees are also very high, they can reach the sum of $ 43,750 per year (over € 37,000). However, aid and funding programs exist to help students who cannot afford this amount.

The university shines with its students and teachers. For the year 2015, there are 20 Nobel Prize winners among the professors and resea
rchers. As for the alumni of the university, there are 30 billionaires. It is also the second university that has produced the most millionaires. There are also 17 astronauts and many Olympic medalists. In addition, the university has a very close connection with entrepreneurs and companies in Silicon Valley, with famous alumni entrepreneurs.

So we can list some personalities from the entrepreneurial world who have passed through Stanford:

The founders of Yahoo!

The founder and former CEO of Nike (Philip Knight);

The CEO of Netflix(Reed Hasting);

Finally, in terms of other famous Stanford alumni, we can quote:

Former US President Herbert Hoover, the university erected a tower in his honor within Stanford, the 86-meter-high Hoover Tower;

The university in the heart of the California Valley is a source of innovation for Silicon Valley from the students who pass there.