WHATSAPP: THE DESKTOP APPLICATION NOW ALLOWS YOU TO MAKE AUDIO AND VIDEO CALLS ON PC

WhatsApp on PC now allows video and audio calls. After having long reserved calls for the mobile version, the instant messaging application is rolling out this new functionality to users of the desktop version. And Initially,  in the option will be offered to limited handful of users. 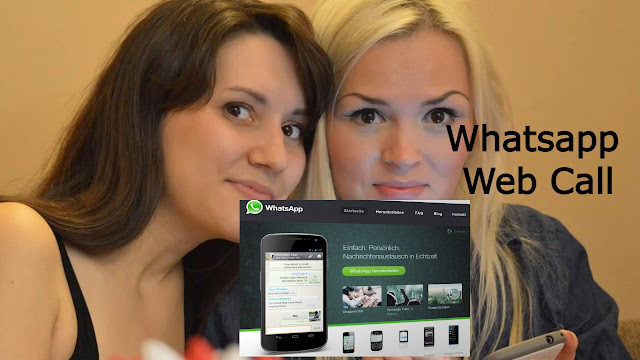 For several months and  it has been rumore that WhatsApp sis preparing to allow user of the web version to make audio and video call. Moreover, several clues that appeared in the beta version confirmed the arrival of the feature, eagerly awaited by Internet users.

According to the WABetaInfo site, specializing in upcoming WhatsApp news, WhatsApp has finally launched the deployment of calls in the stable and final version of the desktop / web version. Several users who are not part of the beta program have seen the icons appear to make a call on WhatsApp on desktop.

Concretely, an update on the server side adds two new icons to the WhatsApp application: a camera icon and a phone icon. To initiate a video or audio call, you obviously just have to click on the corresponding icon. You can then contact WhatsApp users on  smartphone or a computers. If you receive call, and  pop-up window will appears on screen. To pick up, and all you have to do is clicks on “Accept” or “Decline”.

“WhatsApp has been working for about two years on setting up calls on WhatsApp Web / Desktop,” advances WABetaInfo. Note that video and audio calls are still offered in beta. A beta icon remains visible. WhatsApps is visibly testing this new feature with limited portion of user.

Depending on the feedback, WhatsApp will roll out calls on a large scale as a second step. And As specified, this is a update from WhatsApps servers. And So there is nothing you can do to speeds up the arrival of call to your computers. We will nevertheless advise you to keep your application up to date if you have opted for the WhatsApp version on macOS or Windows.

See also  HOW TO MAKE A CALL ON WHATSAPP WEB?
Previous Post

How to install WhatsApp on iPad?

How To Make a WhatsApp Call On iPad?

How To Make a WhatsApp Call On iPad?