THE MATTER WILL BE DISCUSSED TOMORROW 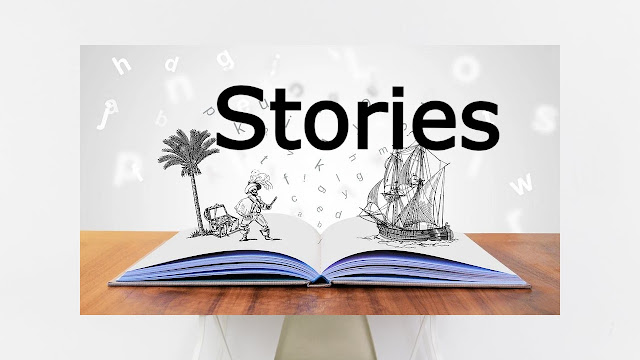 The gentle angel replied at once. Yes, but things are different on Friday. Ms. Angel took a deep breath and replied. The clock was ticking at 12 o’clock and Nimrah had just reached the third heaven despite her best efforts.

If such a tortoise’s trick continues, the complaint form will not be posted even today and then the matter will be settled tomorrow. I will post the letter today.

Without wasting any time, Nimrah immediately took off her heeled shoes and ran straight. Nimrah was running as fast as if she was riding on the horse of the wind. Was closing.

On the way to the post office in the fifth heaven, there were many gardens. They were beautiful and peaceful in every way. The thought would not let him down.

Eventually Nimrah entered through the outer door of the post office. Nimrah was surprised to see a long line of questions. Everyone was waiting for their turn outside the main post office in the hope of posting their letter.

The gentleman began to think to himself, “I am not the only one who has come with the intention of sending a complaint to Allah; there are many others besides me who are not happy with their death.”

See also  What is the Difference Between an Anti-Social and an Introverted?

Nimrah was the last number in the waiting list. After waiting for an hour, the time that Nimrah was eagerly waiting for finally came. As soon as Nimrah entered the main post office, he saw the angel. He used to do the job of posting letters written in the name of Allah.

The angel was in a hurry. He put a “closed” sign on his counter without welcoming Nimrah. “The office is closed. You will come next week,” said the angel, apologizing to Nimrah.

And it is very important for me to post this letter today. I spoke to the humble angel.

“Ms. Friday’s time and I’m a little late than usual. I can’t help you at this time.” The angel spoke sharply.

“Look, I am not happy with my sudden death and I have to convey my complaint to Allah as soon as possible. I have a lot of work left unfinished on the earth which needs to be completed.” I said, “Please let me post this letter. May God bless you.”

Nimrah’s mysterious plea angel could not leave for a long time. He thought for a moment. “Madam!” The angel addressed Nimrah and took a deep breath. He finished.

“You put your letter with this seal in the complaint box in this room. I’m in a hurry.” The angel left as soon as he had finished his speech. She stood alone with the complaint.

The room the angel was pointing to was located north of the main office. Nimrah stepped into the room without wasting time. Stepping up, Nimrah’s hands were busy pulling out a complaint from the purse hanging on his left shoulder. ۔

The box was so full that some of the letters on the surface above it could be easily removed. ”People do not act wisely even after death; otherwise the letters in the complaint box would never be different. Don’t overdo it.

“Nimrah thought that people had mistakenly put their complaints in another box. Their real place was the complaint box. Why shouldn’t I be their unseen helper? Nimrah thought of helping. Nimrah now. One by one, she started pulling out the letters standing near the Thank You box.

The letters were without any envelope so they could be read easily. And this was the reason why Nimrah started reading letters even though she did not want to. The first letter that Nimrah read was from an old man who had two sons.

How can I thank You, my Lord?

You knew very well the intentions of my sons. You knew that they were not obedient to me because they were my children. Behind their loyalty was their cunning intentions and the property in the name of their stepmother. It was given to her many years ago at the time of marriage.

My son wanted to take that property from me under the guise of loyalty. His aim was to make her homeless by forgetting all the services of his other mother. But you did not allow this to happen. My sudden death thwarted the evil intentions of my sons. He was forced to serve his mother against his will.

The second letter was written by a young childless woman.

How can I thank you, my Lord?

Thou hast enlightened my death. O my Lord, I am thankful that Thou hast not kept me in need of the judgment of the world. The courts of the world have always failed to do justice to the trampled honors. Lee … I am thankful for the paradise you have given me.

As soon as Nimrah read Zainab’s letter to the Lord, she began to feel as small as a complaint in her hand.

“Madam, are you still here?” Nimrah was disturbed by the sudden arrival of the angel.

“Yes … just … she was leaving.” Nimrah replied nervously. “But you didn’t put the letter in the complaint box?” Nimrah pressed his letter hard in his palm at the angel’s question. “Yeah, I don’t think so. I hurriedly picked up the wrong letter.”

Then one day I will come to visit. “Nimrah replied.” You will just thank the Lord; goodbye. “