Iron deficiency is one of the most common nutrient deficiencies in the world.

Although our body needs a very small amount of iron, its need is constant. In addition to its key role in the uptake and transport of vital oxygen, iron is required in the construction and function of many enzymes and proteins. Iron is also a very important part of our DNA and helps the body produce collagen. Without iron, the body’s cells would not grow or develop and blood clotting would be prevented. In addition, iron is an important nutrient for various bacteria. Therefore, one of the defense mechanisms of our body in case of bacterial infection is to reduce the amount of iron in the blood. 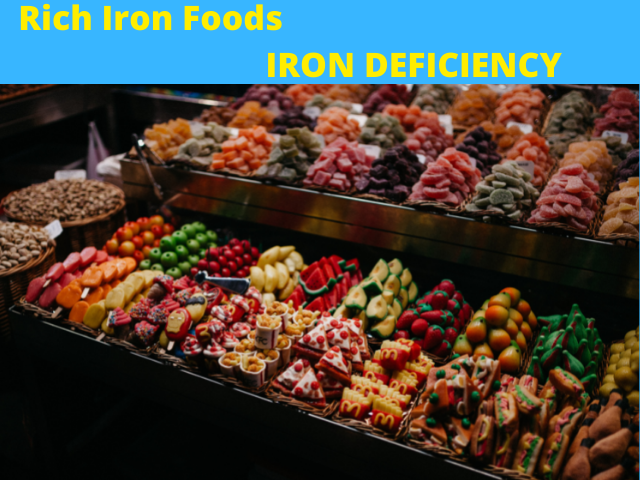 Iron is an element that is an important part of our hemoglobin. With the help of iron, hemoglobin can bind oxygen and transport it to tissues. This also makes the presence and absorption of iron very important for athletes who need a lot of oxygen during training. Iron also plays an important role in supplying energy to the body and keeping the immune system strong. Iron is stored in the body in the bone marrow, liver, spleen, skeletal muscle, heart muscle and elsewhere.

Iron is lost through urination, feces, sweating and old dead skin cells. Also through bleeding, which makes women more likely to suffer from iron deficiency. Irons Deficiency is Most common among endurance athletes, especially women. Deterioration in athletic performance is often associated with low levels of iron in the body. In sports, the main purpose of iron is to supply the body with oxygen, which helps to improve performance. Athletes lose more iron in their urine, sweating and saliva than non-athletes.

If there is not enough iron in the body, iron deficiency or anemia can occur. Iron deficiency is one of the most common nutrient deficiencies in the world – it means that the number of red blood cells is lower than normal and the body does not get enough oxygen. Iron deficiency can also be associated with the dysfunction of some enzymes. Many people are unaware that they are suffering from anemia, and it can happen that they suffer from iron deficiency symptoms for years before the real cause is found.

Women of childbearing potential who lose more iron than usual during menstruation and childbirth, pregnant and breastfeeding women, premature and underweight babies, toddlers and teenage girls are particularly at risk. In addition, poor eating habits and some diseases of the digestive tract and iron stores (bone marrow, liver, spleen) that affect the body’s ability to absorb iron can contribute to iron deficiency. People who are very often blood donors are also at risk.

Vitamins In Vegetables And Fruits

7 Seven Tips To Help Reduce The Risk Of Heart Disease

Pumpkin seeds are a good source of iron.

Iron deficiency leads to weakness, pale complexion, fatigue and an inability to maintain a normal body temperature. The sufferer of iron deficiency may also experience apathy and a general decline in motivation. Symptoms of iron deficiency include shortness of breath and palpitations, cravings for unconventional substances such as chalk, ice and mud. Tickling in the legs, swelling of the tongue, cold hands and feet, headaches and broken nails can also be signs of iron deficiency. Children may experience anxiety and learning difficulties.

It is important to emphasize here that the above-mentioned symptoms may not only be signs of anemia, but may also be a sign that the body is deficient in another substance necessary for life. The best way to find out is to see a doctor who will do a blood test that looks at the number of red blood cells, the number of white blood cells, the level of hemoglobin and hematocrit and the number of platelets.

The most iron-rich plant sources are wild strawberries, dates, apricots, vegetables (especially legumes) and cereals. In addition, alfalfa sprouts, green herbs, beetroot, tomato and nettle are good sources of iron. They also contain Vitamin C, which promotes the absorption of iron. The absorption of non-heme iron is promoted by phosphorus, copper and cobalt, but is hindered by excess calcium and zinc.

There are many misconceptions about iron consumption related to vegetarianism or veganism. Although vegetarians have lower iron stores, this does not mean that they are more likely to develop anemia.

As a rule, the problem is not the source of the iron, but rather the rate of iron absorption. Both carnivores and vegetarians need to be careful here, because the body needs helpers to maintain the necessary levels of various vitamins and minerals .

However, in order to maintain adequate iron levels, care must be taken to ensure that the body is also deficient in folic acid, as well as vitamins B5 and B6. Folic acid is found primarily in green leafy fruits, B-group vitamins mainly in whole grains, seeds and nuts.

It is important to keep in mind that it does not matter how much iron you consume with food, but how well your body can absorb it. It is recommended to eat less iron, but more often. It may seem unbelievable, but the more iron you eat at one time, the harder it is for your body to absorb it.

The milk protein casein and calcium can also affect the body’s ability to absorb iron. Calcium affects the uptake of iron by both plant and animal iron. Although small amounts of calcium do not affect the iron uptake, it is recommended that calcium supplements and dairy products be consumed separately from foods high in iron.

Vitamin C contributes to the absorption of iron.

Iron absorption is also inhibited by phytates (found in spinach and beans, for example) and oxalic acid (spinach and rhubarb). However, when these foods are heated, the absorption of iron is greatly improved.

Excess iron in the body

Although iron deficiency is much more common than iron deficiency, it is also important to know what happens when your body gets too much iron. Iron supplementation may occur as a side effect of iron therapy, with light consumption of iron supplements, as a result of repeated blood transfusions, or due to increased absorption of iron, which may be caused by co-factors in the gut such as moderate alcohol or vitamin C. Signs of iron overload may include headache, constipation or diarrhea, vomiting, abdominal pain, and tiredness.

The type of iron in food should not be dangerous, but iron supplements should definitely not be consumed just in case, because the body does not excrete iron and is not always able to store excessive amounts of it efficiently. However, this can lead to indigestion and more serious health problems. The choice of iron supplements should be guided by the advice of a Health professional and it should be remembered that the treatment of iron deficiency anemia is prescribed by a doctor.

What foods provide the required amount of iron?

Foods that contribute to iron intake:

According to the University of Tartu Hospital, iron deficiency reaches almost a  third of the population . Children and women of childbearing potential are at particular risk, especially during pregnancy.

Iron deficiency causes fatigue, exhaustion and headaches. Growing children need more iron to create growth-promoting cells, and the same is true during pregnancy. During the menstrual cycle, women also lose iron, which needs to be replaced.

The choice of iron preparations is wide. Most of them are in the form of tablets and are made artificially, so they cannot be well absorbed by the body and may lack the vitamin C needed to absorb iron. They are also often difficult to digest and are associated with upset stomach problems.

Floradix iron  is based on natural iron-rich herbs such as nettle, horseradish, fennel, kelp, etc., which are dissolved in liquid form to concentrate. Thanks to organic iron, it is better absorbed by the body compared to tablets and does not cause digestive problems.

In addition, natural vitamin C-rich fruit and berry concentrates and wheat germ extract have been added for better iron absorption. They give the product a good taste and also contain vitamins that support the immune and nervous systems (B1, B2, B6, B12).