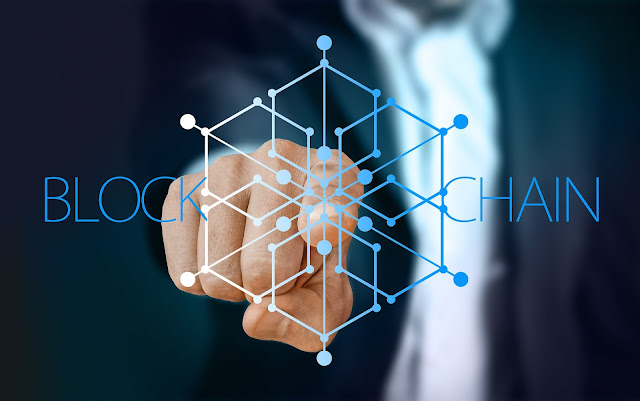 Overview Of The Blockchain

Definition of blockchain: The blockchain  is a shared and immutable ledger that facilitates the process of recording transactions and tracking assets in a business network. An  asset  can be tangible (houses, cars, money, land) or intangible (intellectual property, patents, copyrights, trademarks).On a blockchain network, virtually anything of value may be recorded and sold, lowering risks and costs for all parties involved.

Business depends on information. The faster and more accurate they are, the better. The blockchain is ideal for offering this information because it provides immediate, shared and completely transparent information stored in an immutable ledger that only authorized network members can access. A blockchain network can, among other things, track orders, payments, accounts and production. And because members share a single view of the truth, it is possible to see all the details of an end-to-end transaction, thus generating greater trust, as well as new efficiencies and opportunities.

Key elements of a blockchain

All network participants have access to the distributed ledger and the immutable transaction record it contains. With this shared ledger, transactions are recorded only once, eliminating the duplication of tasks typical of traditional business networks.

No participant will be able to modify or tamper with a transaction once recorded in the shared ledger. If a mistake is found in a transaction record, a new transaction must be made to rectify the issue, and both transactions must then be visible.

A set of rules known as a smart contract is kept on the blockchain and executed automatically to speed up transactions. A smart contract can specify requirements for corporate bond transfers, as well as payment of travel insurance and other services.

Advantages of the blockchain

What needs to change: Operations often waste energy on keeping duplicate records and third-party validations. Record keeping systems can be vulnerable to fraud and cyber attacks. Limited transparency can slow down data verification. And with the arrival of the IoT, transaction volumes have exploded. All of this slows down the business and negatively affects the financial result and means we need a better way. Enter the world of blockchain.

With blockchain, as a member of a members-only network, you can be confident that you are receiving accurate and timely data and that your confidential blockchain records will only be shared with members of the network that you have specifically granted access to. .

Consent on data accuracy is required by all network members and all validated transactions are immutable because they are permanently logged. A transaction cannot be deleted by anyone, not even the system administrator.

Unnecessary record reconciliations are removed with a distributed ledger that is shared among network members. A set of rules known as a smart contract can be placed on the blockchain and implemented automatically to speed up transactions.

How the blockchain works

As a transaction occurs, it is recorded as a “block” of data

Such transactions show the movement of an asset which can be tangible (a product) or intangible (intellectual). The data block can record the information of your choice: who, what, when, where, how much and even the condition – such as the temperature of a food shipment.

Each of block is connected to those before and after it

These blocks form a chain of data as an asset moves from one place to another or as a property changes hands. The blocks confirm the exact time and sequence of transactions, and the blocks connect securely to each other to prevent one of them from being tampered with or sandwiched between two existing blocks.

Transactions are locked together in an irreversible chain: a blockchain

Each additional block strengthens the verification of the previous block and therefore of the entire blockchain. This makes the blockchain tamper proof, offering the key element of immutability. This removes the possibility of tampering by an attacker and creates a transaction log that you and other network members can trust.