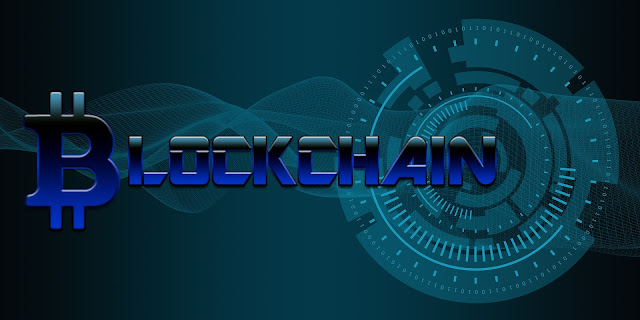 Blockchain: What It Is, How It Works, Technology And Applications

Hearing about cryptocurrencies and Bitcoin we almost always run into the term blockchain , without actually understanding what this word means and how it is linked to the success of Bitcoin.

The spread and growth of blockchains is of vital importance for cryptocurrencies, being in fact the “heart” that allows each transaction to be recorded correctly and, through mining, to offer (for a reward) the computing power necessary to certify new transactions. .

In the following chapters we will see in detail what the blockchain is, how it works , what technological implications it can have and how it is possible to use the blockchain for daily activities.

What is The Blockchain

The term blockchain identify a set of technologies that allow you to maintain a distributed data register ( Distributed Ledger ), structured as a chain of blocks that contain transactions (and not only).

Each time a transaction is performed, the consent and change is distributed to all nodes in the network .

All nodes can participate in the transaction validation process to be included in the register, so as to increase the authentication capabilities offered by the single blockchain.

A bit of history

The first blockchain-based transaction dates back to 2009, the birth year of Bitcoin . The most famous currency in the world was the first cryptocurrency to use a distributed ledger to keep track of all transactions, rewarding (again in Bitcoin) whoever provided the computing power to generate new blocks to authenticate.

With the birth of Bitcoin, the blockchain as we know it today was also born: every transaction is legitimized by the decentralized network , without any control by authorities, banks or even just notaries.

The evolution of this technology is such that soon many services we were used to (notaries, banks, financial institutions) will go digital and can be managed in total security, using a distributed ledger to keep track of transactions and authentications.

How The Blockchain Works

Although blockchain-based services are rapidly increasing, the underlying technology is similar across all platforms. This allows us to summarize the operation of the technology in 6 key points :

All these conditions allow the technology to compete with the institutions and professionals who until now were in charge of certifying economic transactions (notari
es and banks): the technology of the distributed ledger presents itself as a secure method for keeping important information, inviolable from the point of view. from an IT point of view, difficult to modify without leaving traces and impossible to break down as long as there are at least two blocks that can certify the information stored in the common register.

But what is the link between this technology and the cryptocurrencies we trade on every day? To understand the link in detail, it is necessary to understand how the authentication process of the new blocks of the blockchain takes place . A single node, after verifying the integrity of the entire blockchain, collects and collects new transactions that need to be authenticated, through an encryption process. This process uses some information from the previous block and data from the new block to generate a hash, that is a fingerprint of the new authenticated block that cannot be changed or modified later (it is enough to change even a single bit to generate a different hash, thus invalidating the authentication of the block). Once this hash is obtained, it is distributed over all the other authenticated blocks present , becoming part of the only large distributed ledger.

To encrypt the countless transactions performed, a great deal of computing power is required , as more and more blocks are required to authenticate the transactions: the nodes that provide their computing power are called miners and they earn a fraction of new cryptocurrency (never owned before from others and not present in past transactions already recorded) for each block in which they participate.

Therefore cryptocurrency can be used in the blockchain both as a reward for those who help to grow the blocks of the distributed ledger and as a transaction tool , so as to circulate the digital currency already present on the market.

The blockchain is probably the most promising technology that can be used today: its simplicity leaves open scenarios for the creation of variants of the technology that are increasingly efficient and disconnected from the generation of cryptocurrencies, making it one of the pillars of the future society.

With the widespread diffusion of technology we will have benefits in all sectors where information certification is required : global supply chains, financial transactions, accounting assets, wills, money transfers and distributed social networks.

Already now there are companies on the market that offer their online certification services via blockchain, with the possibility of subscribing to Smart Contracts, authenticating an asset of any nature (a song, a painting or even a meme) via Token or managing a innovative fundraising through ICO.

But what are the prospects of this revolutionary technology ? Currently one of the many cryptocurrencies on the market is used to mine new Bitcoins , but already now it has gone further with the extension of authentication functions to contracts, to the retail sale of intellectual property assets and fundraising.

The subsequent evolution of the blockchain will take place with the spread of DAPP (Decentralized APPlications): we will all use blockchain technologies on phones, smart TVs and other electronic devices without even realizing it, thanks to the use of applications that will compile themselves at the moment. of need, following the chain of blocks already present.

We will probably not need internal memory for apps, since the blocks required by the blockchain will be automatically started to obtain a specific function or a certain type of service. Now it’s still science fiction, but in a few years it could become reality.

The Blockchain In Italy

In Italy there are very few companies and public bodies that know the blockchain and fully understand its potential, perhaps also because they are linked to a very traditional business model or because many still prefer the old authentication methods for transactions.

For now, the only references to blockchains in Italy concern its use in the traceability of Made in Italy : the technology could mark the turning point in the fight against forgery, since it can be used as a tool to certify the products of our territory (a sort of label DOC verifiable and immutable), making life very difficult for counterfeiters and producers of fake Italian products.

Another field of development of the blockchain concerns the diffusion of tokens and ICOs , suitable tools to bring the capabilities of technology into fields closely linked to traditional businesses such as copyright and the collection of sources (crowdfunding).

With Token we identify a set of digital information that confers a property right on a subject participating in a blockchain. The token can contain other rights and their whole is governed by smart contracts (we will talk about them later).

The most famous are the Non-fungible tokens (NFT) , created to certify the unique ownership of a single tangible or intangible asset (songs, projects, games, memes, etc.), which in fact will make homes obsolete within a few years. record companies, since the intellectual property can be demonstrated with the possession of the specific NFT (which we can always give or sell at a later time).

ICOs are crowdfunding fundraisers to create new cryptocurrencies, with the distribution of tokens for all participants. If the fundraising is successful, all token holders will later be able to obtain part of the blocks generated by the new blockchain (and consequently get the new cryptocurrencies first ). Today, ICOs are also used for standard fundraising or to finance digital projects.

The blockchain is also used for smart contracts . These digital contracts are defined “contractual type arrangement”, an incorporation of contractual clauses managed not by words (as on
old contracts) but by computer language, thus incorporating computer protocols, algorithms or specific software.

These contracts are famous for starting automatically on the basis of certain conditions decided by the parties at the time of signing: it is not even necessary to sign any sheet of paper, since blockchains can certify the intentions of both parties in the game.

This type of contracts are truly futuristic, thinking about when work is necessary to generate a traditional contract between two economic parties: the validity of smart contracts is provided by the blockchain technology itself, which is elected as an impartial and incorruptible “judge” in guaranteeing the correct execution of the obligations and behaviors envisaged by the contract, as well as ensuring that the system where the contract is deposited is always active.

Blockchain technology can truly become one of the pillars on which the economy of the future will stand: practically every economic activity of man can benefit from information encrypted and authenticated by a blockchain, so as to avoid scams and prevent the entry of organizations and professionals who have been working on data authentication for decades and on the resolution of irregularities (lawyers and notaries).

For now, the blockchain is mainly used to generate cryptocurrencies such as Bitcoin, but as soon as the speculative wave on coins ends the technology will remain intact, ready to be used where precise, secure and immutable authentication is required over time.

7 Most Incredible facts About Packaging Boxes You’ll Ever Read